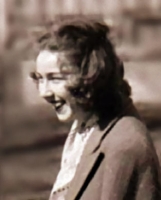 Yet, early in her writing life—not quite twenty-one, and far away from her native Georgia—O’Connor’s prayers have little of the concreteness, the located and dislocated sense so characteristic of her writing, such as in “The Geranium,” the short story she was working on as she laid out her anxieties and hopes to “My Dear God” in prayer. “There is a whole sensible world around me that I should be able to turn to Your praise,” O’Connor laments in the journal, “but I cannot do it.”

Having found conventional prayer wanting—“I do not mean to deny the traditional prayers I have said all my life; but I have been saying them and not feeling them”—O’Connor gropes for a structure through which to enlist God’s support in realizing her literary ambitions: “Help me to feel that I will give up every earthly thing for this,” O’Connor implores, adding, however, “I do not mean becoming a nun.” At the same time, she struggles with profound worry that her participation in the heady Iowa academic and writerly community will undermine her faith. “I dread, Oh Lord, losing my faith,” she writes. “My mind is not strong. It is prey to all sorts of intellectual quackery.” Later in the journals: “At every point in this educational process, we are told that [having faith in God] is ridiculous and the arguments sound so good it is hard not to fall into them.”

Early on, O’Connor considers the traditional forms of prayer that have failed her—“adoration, contrition, thanksgiving, and supplication and I would like to see what I can do with each without writing and exegesis.” Again, with the exception of supplication—“This is the only one of the four I am competent in.”—they fail. She moves on to reflect on faith, hope, and charity, with these, too, failing to bring O’Connor the mystical engagement she craves: “If I could only hold God in my mind. If I could only always just think of Him.” It seems possible to note that, unlike Augustine, “whose heart is restless until it rests in Thee,” O’Connor would contain God, hold God within her as a sort of servant who will “give me a story.” O’Connor begs God—perhaps too much?—“Don’t let me ever think, dear God, that I was anything but the instrument for your story—just like the typewriter was mine.” But, it seems clear through even this short excerpt that she aims most to enlist God in her work as a Christian writer, to find her own structure, her own liturgical-authorial container for God.

The desire to structure, to contain, will of course become an oft-noted characteristic of O’Connor’s writing. It is much at the center of “The Geranium,” the story God “gave” O’Connor at Iowa that finds an elderly southern man encased in a New York apartment at the behest of his dutiful daughter. Trapped in a space he cannot comprehend, the man, Dudley, spends his mornings regarding a sickly potted geranium on the windowsill of the apartment across the way. The spaces are the same, but unconnected, unrelated. The geranium is a reminder of the skilled nurture of the ladies in the house in which he’d roomed back home, and an emblem of the failure of the city and its placeless spaces. The geranium’s tumble to the ground at the end of the story evokes multiple falls from grace, from groundedness, from what O’Connor conceives as the divinely ordered structuring of human community.

Dislocated, unmoored, alienated, O’Connor prays the story into being, one might argue, by praying God into mind, sublimating the intellectual challenges to her faith and the spiritual doubts they provoke into a divinized creative mind. “If I ever do get to be a fine writer,” O’Connor confesses to a mystical third person situated between her novice writerly self and the God she seeks to encounter and enclose in her writerly soul, “it will not be because I am fine writer, but because God has given me credit for a few of the things He kindly wrote for me.” Amen?