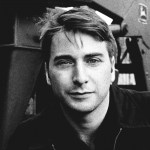 Peter Manseau is a journalist, novelist, and historian. He is the author the memoir Vows, the novel Songs for the Butcher’s Daughter, the travelogue Rag and Bone: A Journey Among the World's Holy Dead, and the forthcoming history Twenty Gods or None: The Making of a Nation from the Margins of Faith. He has won the National Jewish Book Award, the American Library Association's Medal for Outstanding Achievement in Jewish Literature, the Hadassah-Ribalow Prize for Fiction, and a 2012 National Endowment for the Arts Literature Fellowship. A founding editor of KillingTheBuddha.com and co-author (with Jeff Sharlet) of Killing the Buddha: A Heretic’s Bible, he is currently a doctoral candidate in religion at Georgetown University and a scholar-in-residence at Washington College’s C.V. Starr Center for the Study of the American Experience, where he co-directs the online series “Historically Corrected” for the New York Times. He lives in Annapolis, Maryland.

When Norman Corwin died two years ago this fall at the age of 101, we lost a man who not only was perhaps the most famous writer ever to be forgotten because of the medium he chose, but also an early practitioner of the oddest of modern art forms: the non-sectarian prayer.

For those of us who in the past twenty years have come to spend our waking lives with eyes fixed on glowing screens, it may be difficult to remember that there was an earlier refocusing of our culture’s collective attention that was no less revolutionary. A radio scribe who once was a household name, Corwin once described the technology he used with a phrase that today could be applied to any of the gadgets that make possible our digitally connected world: “the miracle, worn ordinary now.”

The examination of prayer captures perfectly the complications of studying religion at a time when there are no longer assumptions of normativity, no prevailing biases that there is a right way to practice or believe from which other ways are mere divergences. For prayer is – or can be – all things to all people.