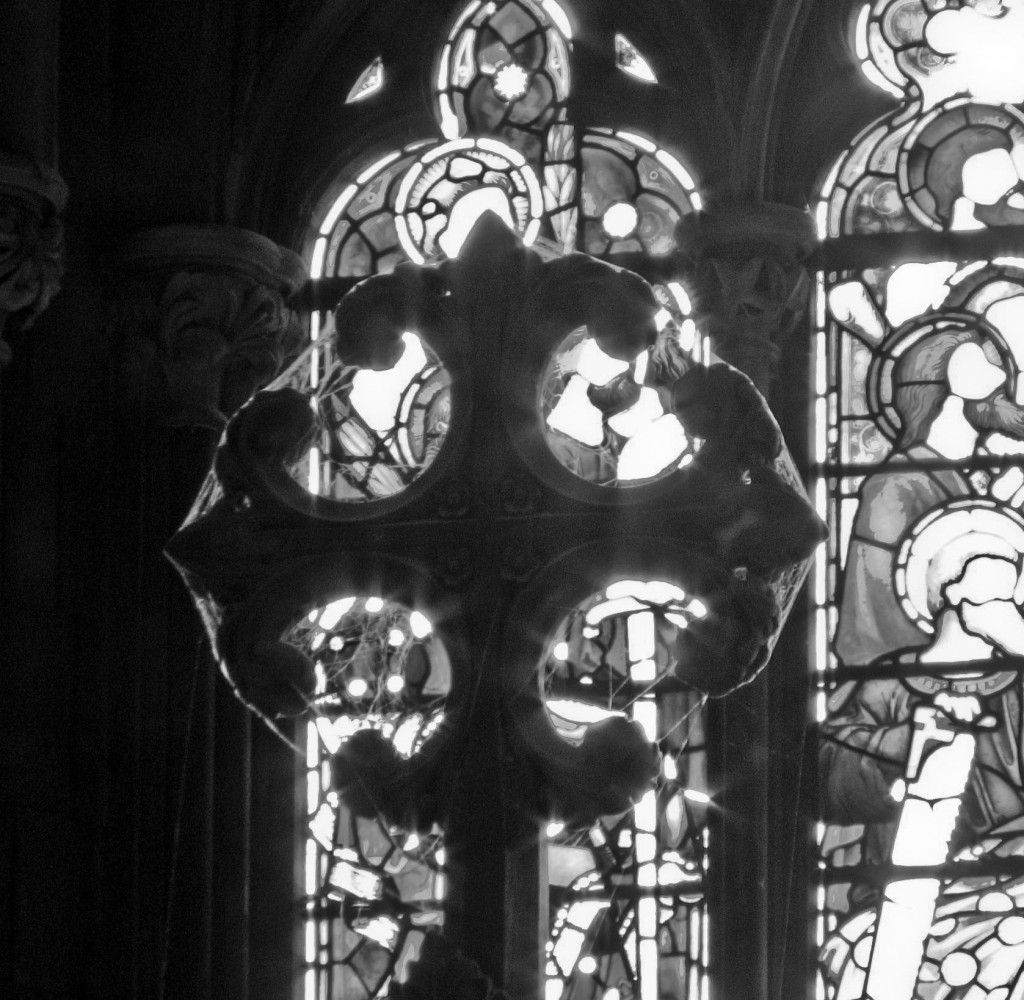 END_OF_DOCUMENT_TOKEN_TO_BE_REPLACED

Columbia University’s Institute for Religion, Culture, and Public Life (IRCPL) will produce three one-hour national public radio programs on prayer, as part of its media project “Rethinking Religion.” “Rethinking Religion” brings together religious leaders, practitioners, cultural figures, policy makers, journalists, and research scholars to reflect on the roles, places, and forms of religion. Its programs are distributed via diverse media platforms, including terrestrial and online public radio, Internet podcasts on iTunes University, and Web sites such as IRCPL.ORG. There, users can find several versions of these programs, including unedited soundtracks, radio programs, transcripts, and summary podcasts. With religion at the cornerstone, these episodes have explored social justice and humanitarian issues such as the efficacy of international aid, the ethics of torture, and the use of social media in democratic protests in the Middle East. Most recently, we produced “The Harlem Renaissance: Music, Religion, and the Politics of Race,” a two-hour radio program on the connection between music, religion, and spirituality during the Harlem Renaissance. This three-hour radio series is unique for engaging both practitioners and scholars of religion to create a dialogue necessary for an informed public discussion on the role of prayer in people’s lives. Bringing together interviews with scholars, professionals, and clergy members with archival audio, the series is unique in its diverse approach to understanding what prayer is and the roles it plays. We have framed our discussions of prayer broadly to include the Jesus prayer, Islamic prayer, transcendental meditation, and individual and group prayer practices aimed at healing trauma and addiction. The first episode, “Prayer and Trauma,” will explore the role prayer plays in the lives of people who have experienced abuse or extreme trauma. “The Jesus Prayer: An Ancient Christian Prayer in the Context of Community,” our second episode, utilizes a vast collection of existing ethnographic field studies recorded at the world’s oldest, active monasteries and hermitages in Egypt, Mt. Sinai, Mt. Athos, Greece, Romania, and Russia, to bring the virtually unknown Jesus Prayer and the ancient practice of hesychia (silence and stillness) to American audiences. Finally, “Islamic Prayer: Body, Community, and Spirit” will investigate the role prayer plays in the lives of Muslims, as individuals and as a community from phenomenological, historical, and theological perspectives. While much of our series is focused on ritualized forms of prayer, careful attention will also be paid to ways in which individuals pray spontaneously and independently. In doing so, we hope to foster interdisciplinary public discussions on the plurality and diversity of prayer practices in American life. The goals of this project are to enhance and educate the general public on new definitions, methodologies, and experiences of prayer, as well as the origins and practices of traditional prayer. We are interested in the role intercessional prayer plays in forming communities; how beliefs and values influence actions and interactions via individual and shared prayer; and how the human ego manifests in creativity, compassion, altruism, and social justice through use of objectified and non-objectified prayer. The Principal Investigators of this media project are Mark C. Taylor, Norris J. Chumley, and Chelsea Ebin. Mark C. Taylor, chair of the Religion Department at Columbia University and director the Institute for Religion, Culture, and Public Life, oversees all of the IRCPL’s media projects. Norris J. Chumley, media director of IRCPL, is executive producer and host of the radio series “Rethinking Religion.” Chelsea Ebin is an assistant director of IRCPL and managing editor of “Rethinking Religion.”

Two recent trends introduce new questions about the practice and meaning of prayer in the lives of contemporary believers. One is the dramatic growth in the population of believers who do not specifically identify or affiliate with institutional religions—so-called “Nones,” who answer “none” or “no religion” when asked with what religious group they identify. The majority of Nones believe in God and maintain some measure of religious or spiritual practice, within and beyond institutional religions. The majority were raised as Christians, and many attend church services and participate in denominational communities to varying degrees.

The lines that religious Nones cross in their spiritual lives are many, and the “in between” they frequently create and inhabit stands as new territory for religion more broadly. While frequently labeled “spiritual but not religious” (SBNR), religious Nones often resist this identification, preferring to locate their religious and spiritual identities not in traditional sociological categories of “believing, belonging, and behaving,” but rather in a more diffuse notion of “being” that understands spiritual and religious beliefs and practices as deeply and holistically integrated into everyday life. Thus, activities such as enjoying time with pets, family members, and friends; enjoying the outdoors and the arts; and preparing and sharing food take on considerable spiritual significance for many Nones as they understand their lives and the world in which they live as holy, as inherently religious and spiritual. Within this emerging lived religious configuration, my preliminary research with Nones indentifies prayer as the only traditional religious practice that continues to be seen as spiritually meaningful.

A second trend intersects with what Newsweek has described as this “rise of the Nones.” Recent changes to cultural and social life associated with digital social media invite new configurations of traditional practices such as pastoral care, religious formation and education, social witness, prayer, and worship in both online and offline locales. Digital social media encourage collaboration, content-mixing, and the distribution of authority in ways that draw upon, reconfigure, extend, and challenge traditional religious structures and practices.

Within the matrix of religious and spiritual practices subject to digitally-integrated appropriation, prayer is particularly central. Facebook pages focusing on prayer are among the most popular and engaging on the platform, and prayer activity is a robust substratum of activity on Twitter across religious traditions and ideologies. Likewise, hundreds of smartphone and tablet computer apps have been developed in the past five years to support the prayer practices of believers, seekers, and skeptics alike. For people seeking to enhance traditional institutional religious participation or to avoid it entirely, new media platforms offer a wide range of tools as well as opportunities to connect with others of similar or widely differing outlooks.

Together, these trends can be seen to extend, adapt, and change the meaning of prayer for believers within and outside of institutional religions. “Praying Between the Lines,” then, will explore how the prayer is unfolding as a social, cultural, and spiritual practice today. The focus of the project will be on religious Nones, engaging the range of activities that they define as “prayer,” both in offline and online contexts. Through one-on-one interviews and focus groups, the project will invite religious Nones to share their own understanding of the meaning and significance of prayer in their lives generally and in an increasingly digitally-integrated culture.

My project proposes to use the tools of visual ethnography (documentary film) to explore the ritual life and everyday prayer practices of the hugely diverse and rapidly expanding Pentecostal-Charismatic Christian (P/c) congregations in the Indian city of Mumbai. Scholars have noted the dramatic expansion in recent decades of P/c churches across the globe – particularly in the so-called “global south,” where the movement has been particularly dynamic, accounting for the lion’s share of an estimated 9 million new converts every year. Since everyday prayer practices are intertwined in complex ways with the socio-economic, cultural, and geographic contexts within which people live their lives, the event of conversion, which involves a change in prayer practices, has implications not only for religious life, but for nearly every other aspect of daily life as well. My project will explore the remarkable expansion (through conversion) of P/c congregations in Mumbai in this context, using documentary film to look at how new and varied forms of prayer practices are transforming the everyday lives of “Mumbaikars.”

While the terms “Pentecostal” and “charismatic” are popularly used to refer to a wide variety of Christian traditions, following Robbins (2004), I use the term P/c to refer to churches that share a doctrinal emphasis on the individual, ecstatic experience of receiving the “gift of the spirit”—sometimes called being “born again.” Since this experience is believed to be available to everyone, even non-Christians, evangelism and conversion (through ecstatic experience of receiving the Spirit) are central components of P/c prayer experience and practice. Building on this idea, my project will focus on these two related aspects of P/c practice: the ecstatic experience of worship and prayer that is so central to the everyday P/c life, and the evangelism and conversion that happen by means of—and are an integral aspects of—prayer.

As a Mumbai-based film maker, my interest in pursuing these questions is both intellectual as well as civic—seeking to contribute to public life both in my own city as well as internationally. The spread and proliferation of P/c Christianity in Mumbai over the past two decades have paralleled the rapid and dramatic changes comprising “globalization”—changes that are not only economic or technological, but that have also had enormous impacts on social and cultural lives of Mumbaikars. Does the spread of P/c Christianity in Mumbai represent a homogenization of cultural or religious practice accompanying globalization? Or rather do varied forms of P/c prayer evidence culturally embedded, “indigenous” ways in which modernity is articulated? That is, how does the rapid spread of P/c prayer practice relate to (or articulate) ways of navigating, engaging in, or making sense of the tectonic shifts that have accompanied globalization? Despite the rapid growth of P/c Christianity in Mumbai (a city that remains overwhelmingly Hindu), it is still a little-understood phenomenon, barely registering in the city’s intellectual and cultural life.

The intellectual impetus of the research is to explore prayer not only as a reflection or instantiation of particular beliefs, but rather to probe at the ways in which prayer works as a social technique: how do prayer practices become embedded in and mediate other aspects of social and everyday life? How does prayer re-configure people’s moral world? How do everyday prayer activities impact people’s ideas about the future, reorienting (and perhaps straining) relations with families and communities? To what extent, and in what ways, do new prayer activities generate a changing sense of responsibility about whether and how to engage in public life? And finally, how do the various activities comprising “prayer” produce new ideas about people’s hope for future—for themselves, their communities, their city, or the world?