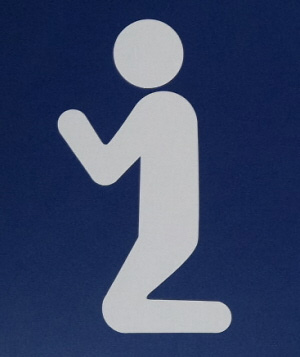 In his ethnography of the French Conseil d’Etat, Bruno Latour describes the effect that law has on life as being analogous to faxing pizza. The Making of Law brilliantly and hilariously shows how law flattens life, remaking it for law’s own purposes. One sees all of the color and taste drained out of the drama of local government and politics as it makes its way up through the relentless contouring of each fact to suit the public purposes of the French administrative courts. Similar effects can be seen in any legal system. But, as Talal Asad and others have shown, the shaping of life to suit the law has backstream effects as well, beginning long before life enters the courts. One feature of the modern world is the thorough juridification of life in its very subjectivity. Law does not need the courts. Law reaches in and tells us what it is that we experience and even how we are religious—how we must choose to be religious. It is not just that religion, when it appears in court, must answer to law’s demands, but that religion, in its daily life, is shaped by the modern church/state accommodation and what Benjamin Berger calls law’s aesthetics. That accommodation and those aesthetics take a particular form in the U.S. context.

On Wednesday the U.S. Supreme Court will hear oral argument in the case of Town of Greece v Galloway. Greece is a suburb of Rochester, New York, with about 100,000 inhabitants. In 1999, the town supervisor, John Auberger, initiated a practice of beginning town meetings with a prayer offered by a volunteer “chaplain” from the community invited on a random basis from a listing of local congregations based primarily on the local Chamber of Commerce directory. Before 1999, the town had commenced each town council meeting with a moment of silence. Auberger, who had previously served in the Monroe County legislature, sought to replicate the practice he had experienced there. Since 1999, almost all of those offering prayers in the Town of Greece have been from Christian churches. In 2009, two town residents, self identified as an atheist and a Jew, sued to challenge the practice as being in violation of the establishment clause of the first amendment to the U.S. constitution, that is, that the town’s practice constituted a “law respecting an establishment of religion.” The two lost in the district court, which found no intention to discriminate on the part of the Town, but won in the Court of Appeals for the Second Circuit which found the district court in error. The town has petitioned the high court to reverse the Second Circuit’s decision. The town is supported in this effort with a brief from the United States government, among many others, defending the constitutionality of legislative prayer.

It is important to understand at the outset that the cultural importance and the constitutionality of legislative prayer has been understood by many to be firmly established in the United States—at virtually every level—from local governments to Congress. Legislative bodies may hire chaplains, pay them with public funds, and include prayers at the beginning of sessions. Indeed the plaintiffs in Greece do not argue that legislative prayers themselves are always unconstitutional. That precedent was established in Marsh v. Chambers, a 1983 decision of the U.S. Supreme Court finding the state of Nebraska’s practice of hiring a protestant minister to serve as legislative chaplain constitutional. Unless there is a showing that legislative prayers were “ exploited to proselytize or advance any one, or to disparage any other, faith or belief,” even the sixteen-year reign by the same Nebraska Presbyterian chaplain was deemed constitutionally acceptable. A year later in a Christmas display case, the court glossed Marsh, emphasizing that “ the particular chaplain had “removed all references to Christ” and that the Nebraska practice was simply a “tolerable acknowledgment[s] of beliefs widely held among the people of this country.” The complainants in Greece argue that the Town did not observe limitations on legislative prayer implied in Marsh because the prayers offered were sectarian and coercively proselytizing.

The outright overruling of Marsh, although urged by some, is unlikely. The jobs of the House and Senate chaplains are not at risk. Nor are those of state legislatures. Town of Greece does raise some thorny issues of establishment clause jurisprudence, however, which might result in affirmance of the Second Circuit decision and the distinguishing of the Marsh precedent. Is a town council meeting different from a session of Congress or of a state legislature? Were town residents under a form of coercion to participate? Did the occasional presence of children matter? Was Greece’s method of selecting prayer givers problematic because they were almost all Christian in a town where there were non-Christians? Were the prayers themselves a problem because some of them mentioned Jesus? Were the prayers what the courts call “sectarian”? Were the prayers government speech or private speech?

However this case is decided, though, in a Latourian sense we will see religion transformed by law in the argument and in the writing of the opinions. Legal words such as “sectarian,” “coercion,” “endorsement,” and “religious liberty” will obscure the actual practices in the case, reducing them to types in service of law’s own logics. But in an Asadian sense we will also see that the prayers themselves were already being made by law—juridified by a larger process of the imperialism of the modern rule of law—before they ever got to court. We who study religion will be mostly using law’s words and law’s aesthetics to describe and judge the prayers and the prayer-givers in Greece. The deep phenomenology of public prayer is legal: the oblique forms of address, the echoes of prophetic speech, the paternalism, the exhortation to communal unity, the attention to forbidden words or references. The prayers themselves are shaped by formal and popular constitutionalism. Other words to describe prayer, some used by those writing on this blog—priestly, prophetic, syncretic, petitionary, material, imprecatory, efficacious, embodied, technologically enhanced—are legally out of place in this conversation.

As an amici brief filed by a group of law professors points out, public religious culture in this country has changed since 1983. What seemed—maybe was—a tolerable expression of a common mid-twentieth century U.S. religious attitude—has given way to a public religious culture seen by many as contentious, oppressive, and majoritarian. (Courtney Bender describes this as a shift from a mid-twentieth-century understanding of religious pluralism as having a secularizing effect tending to produce a common civic faith, to an understanding of religious pluralism founded on a market model as vitalizing religion, allowing religions “to become truer versions of themselves.”)

The contentious polarization of U.S. politics today is sometimes reflected in the prayers themselves, as for example, a prayer not offered in Greece but circulating in the airwaves and occasionally publicly offered:

The law professors urge the overruling of Marsh, announcing that

When the government takes positions on religious issues, people will want the government to adopt their views. They will campaign for their religious positions; they will vote for them; they will lobby for them. All of this may be perfectly natural, but it goes against the old wisdom that matters of religion “may not be submitted to vote; they depend on the outcome of no elections.” … (the government cannot “entrust[] the inherently nongovernmental subject of religion to a majoritarian vote”).

They urge a return to the old wisdom; but, if matters of religion “depend on the outcome of no elections,” on what do they depend?

We have become more scrupulous about giving offense, perhaps, since 1983. But the prayers themselves also evidence a new self-consciousness about the legal context, in some places openly introducing partisan political issues. Whereas concern for what was called nondenominationalism colored public religious culture from the beginning of the country, increased diversity and increased sensitivity to diversity have made us, according to the law professors, more properly cautious about what used to seem anodyne.

Plaintiffs seem to want the town to ensure that prayer givers reflect the diversity of the town by more thoroughly canvassing the religious communities to which town members belong, including local Jehovah’s Witnesses and Buddhists, inviting participation from more and different religious leaders, while they wish the town also to police the content of the prayers to reflect unity and mutual respect. Constitutional prayer would be given by Jews, Christians, Muslims, Buddhists, and Wiccans all praying inclusively to an unnamed god on behalf of everyone. The town, for its part, is happy to welcome all comers and wants prayer-givers to be free to pray in any way they choose. Both speak on behalf of religious liberty. Public prayers in this country today reflect the cacophonous diversity of American religious life and a market-oriented model of religious competition. Americans have been unwilling to ban public prayer but they also have become uncomfortable with prayers written by government, like the Regents’ Prayer struck down in Engel v Vitale in 1962.

Banning legislative prayer will not cure the coercive power of what Janet Jakobsen and Ann Pellegrini call the problem of the Christian secular in the U.S.—structuring, as it does, our family laws, our criminal laws, and our healthcare system. It is interesting that Auberger initiated the town’s new practice in 1999, at a moment of ongoing reaction against the Smith decision ending constitutional exemptions for religion. Today’s prayer practice is a part of the world that Smith made, a noisy, assertive one, but not without its attractions.

Heavenly Father, you guide and govern everything with order and love. Look upon this assembly of our town leaders and fill them with the spirit of their wisdom. May they always act in accordance with your will, and may their decision be for the well being of all. The Lord bless you and keep you. The Lord let his face shine upon you and be gracious to you. The Lord look upon you kindly and give you peace. Amen.

But also one more idiosyncratic and local:

For our prayer this evening I selected a paraphrase on the psalms. Very important part of your Judeo-Christian heritage, and this is a paraphrase particularly appropriate tonight. It’s called the psalm of icy awareness. The earth around my home is now locked in a winter wrap of bone-chilling ice and snow. Water once clear and liquid, a joyous flowing community is now frozen into crystals of ice. Recently in humanity’s long history, there has arisen an isolation, a separation of those who share common, human flesh and bone. While once upon a time we gathered joyfully in families, tribes and clans, we now so often live divorced from earth and from each other with loneliness as our only company. All isolation is ice-olation. Frigid to human flesh, cold and lifeless to the touch, untrue to our most basic unity: Community. And whenever I act singlehandedly apart from an awareness of my sisters and brothers, I become a deformed disciple, tribeless, O God. How can I tread the path which you perfectly made, fully alive Adam. It is not good for one to be alone. Help us Lord in this time that we spend this night, this cold winter night, help us to learn the interrelationship we have with one another and to be strengthened in our ties to one another that we might build up our community and your kingdom. We make this prayer with confidence in your love for us. Amen.

Neither seems properly characterized as coercive or sectarian, in either a legal or a sociological sense, except perhaps to a strict separationist of the old school. But these prayers are already largely tamed by the law. They try to avoid the words that are said to divide. They exhort the assembly to peace and goodwill and unity. They give their benediction to town government. They remind us of the rule by law.