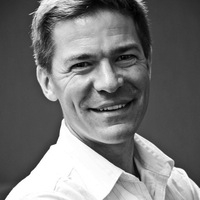 Jonathan VanAntwerpen is program director for theology at the Henry Luce Foundation, and the former editorial director for Reverberations. Originally trained as a philosopher, he received his doctorate in sociology from the University of California, Berkeley. He is co-editor of a series of books on secularism, religion, and public life, including Habermas and Religion (Polity, 2013), Rethinking Secularism (Oxford University Press, 2011), The Post-Secular in Question (NYU Press, 2012), The Power of Religion in the Public Sphere (Columbia University Press, 2011), and Varieties of Secularism in a Secular Age (Harvard University Press, 2010). VanAntwerpen was the founding director of the SSRC's program on religion and the public sphere, and in 2007 he worked with others to launch The Immanent Frame, serving for several years as editor-in-chief.

Sorry, no posts matched your criteria.