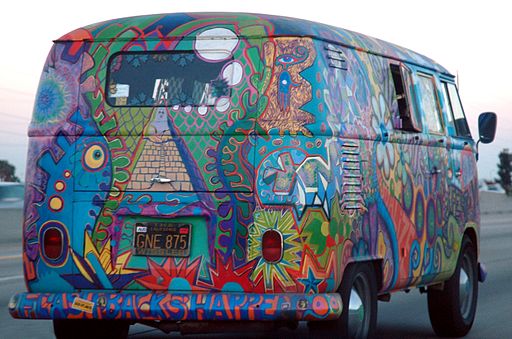 I am a big fan and a personal acquaintance of Luhrmann, and I think these descriptions of Evangelicals are fascinating, important, and useful. But as for the historical argument that “hippie Christians beget Evangelical conservatives”—I’m not convinced.

Just because the 1960’s Jesus freaks have had a pretty clear influence on how Evangelicals pray and think about Jesus does not mean that their politics enjoyed a similar degree of diffusion. As recent work on the relationship between prayer and politics demonstrates—Saba Mahmood’s Politics of Piety comes to mind—different ways of praying might well bring with them different ways of being political. It seems plausible to consider the Evangelical focus on an individual relationship with God as an entryway to a more individualistic politics. Michael O. Emerson and Christian Smith have made a somewhat similar argument in explaining why conservative Protestants tend not to think about racial problems in terms of social structures: a theological focus on the individual can lead to a political ignorance of society. Yet Evangelical prayer is a diverse field—as Luhrmann’s own When God Talks Back shows—and while it does tend to be individualistic and spontaneous, it is also often collective and ritualized. Evangelicals’ prayers, like their politics and theologies, are more diverse than they might appear.

I spent a year and a half doing fieldwork in two Evangelical high schools in the New York City area, and speaking in tongues was a mark of grace in one and a misguided if not suspicious activity in the other. The first school was all about miracles: praying for them, sharing stories about their effects, and insisting they were possible right now if you just believed. At the second school, a student told a teacher that he didn’t believe any miracles had happened after the Bible was over, which was actually the orthodox position in many Evangelical circles not too long ago. How the Evangelical field has changed is obviously something worth figuring out, and Luhrmann is not alone in arguing that Southern California is an important part of that story. Yet Darren Dochuk’s important recent monograph on this very topic—even while acknowledging the hippies—moves this account to an earlier confluence of regions: the migration of Evangelical Southerners to a Southern California marked by liberalism and an already burgeoning Pentecostal movement.

So I wonder if too much is being put into the hippies and the 1960’s, here. Perhaps this is a bit too oedipal, and far be it for me to doubt what parents and professors describe to my generation as the most important decade in the history of the entire universe. Anyone who knows her work knows that Luhrmann is a careful student of history. Yet as it stands her argument might be said to be describing a sui-generis 1960’s hippie ideology as opposed to yet another iteration of the virtue of self-reliance, the link between vice and unemployment, and the suspicion of large institutions that go back from today’s conservatives to the Students for Democratic Society and then through Calhoun and confederate intellectuals all the way to Tocqueville, Jefferson, and the Puritans themselves. Much the same could be said for American religious history, whose intellectuals, social movements, and great big fights anticipated some of the theological and spiritual innovations that Luhrmann attributes to the hippies. For example, a focus on scriptural literalism really began in earnest during the debates about Higher Criticism at the turn of the twentieth century, not, as Luhrmann claims, with the hippies.

I’m also not sure her argument can account for why my Evangelical research subjects were simultaneously distrustful of the federal government and optimistic about our capacity to successfully rebuild the world abroad in our image. One of the schools I studied had a military commission ceremony as part of its graduation. This ties into various complicated questions about the number of Evangelicals in the military, questions of socio-economic correlation, and subcultural narratives about the apocalypse and “spiritual warfare” but suffice it to say that unlike what I know of hippies, I didn’t encounter many Evangelical pacifists in my work.

Finally, a note on Aristotle and a focus on the good rather than on the right. I’m pulling from Philip Gorki’s forthcoming book on civil religion in America when I argue that there are various pockets of Aristotle in American secularism, particularly in some of the founders, John Dewey, and the Christian who must not be named, Barack Hussein Obama.

At the end of Luhrmann’s article, she argues that hippie Christians’ “contemporary descendants” remain conservative because they “still hate what they see as the ultimate drug: the human addiction to easy solutions.” For academics, compelling arguments are another sort of drug: a flash of insight as the pieces fit together in a counter-intuitive thrill. Her recent book on prayer, her previous books on psychiatry and magic, and her remarkable recent work as a public intellectual all show that Lurhmann can pull of that rarest of academic feats: she manages to be neither boring nor wrong. While her most recent argument that hippies begat Evangelical conservatives is certainly not boring, I worry it might be at least a little bit wrong. It’s a fate that befalls many academic arguments, especially the most exciting. Like those druggy benders when the world makes sudden sense, we’re greeted in the morning by a world that won’t quite fit.