Rebekah A. Richert is an Associate Professor of Psychology, and director of the Childhood Cognition Lab, at the University of California, Riverside. Her research focuses on the cultural and social-cognitive dimensions of children’s understandings of religion, fantasy, and media. Richert’s latest project, supported by the SSRC’s New Directions in the Study of Prayer initiative, examines how prayer practices and instruction shape children’s concepts of God and supernatural causality. On a recent afternoon, I spoke with Richert about her current work and its implications.

Steven Barrie-Anthony: Your research looks at how children develop their understandings of religion, fantasy, and media. Why religion and fantasy?

Rebekah Richert: There are parts of our psychological experience that are captured by our religious beliefs, by our imagination and creativity, our fantasy lives, that are rarely able to be tapped into when we look at other more basic types of psychological processes. I’m interested in trying to understand some of the bigger and more abstract types of thought processes that we develop. And a way of doing that is studying how we think about abstract meaning-laden systems like religion.

END_OF_DOCUMENT_TOKEN_TO_BE_REPLACED

Stephen Colbert’s mother died last week at 92.  His tribute to her includes a glimpse of how profoundly meaningful the simplest, most private acts of prayer can be. In her last years, Lorna Colbert became a little confused, he tells us. And so people who loved her would ask her simple questions to help her remember. Tucked among all that she had forgotten was the vivid memory of a prayer she said while tucking her children in at night.

His account caused me to reflect on how rare it is to see a completely genuine moment reflected in the media.  We have become so accustomed to being watchers who are being watched that nothing ever seems quite pure of intent. But this little story did. 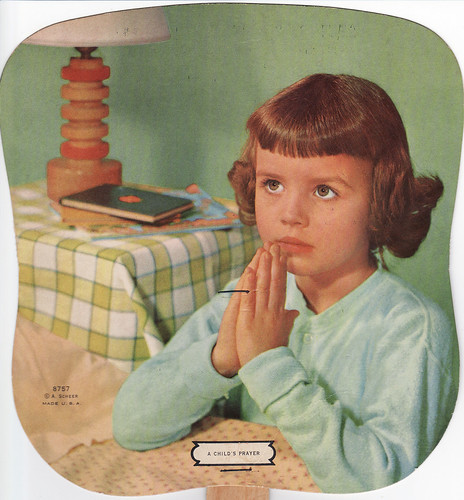