Sarah M. Pike is Professor of Comparative Religion and Director of the Humanities Center at California State University. She writes books and articles about contemporary Paganism, the New Age movement, the Burning Man festival, new religions in the media, environmentalism, ritual, and youth culture. She is currently at work on a book titled Internal Revolutions: Ritual and Childhood Experience in Radical Environmentalism and Animal Rights Activism. 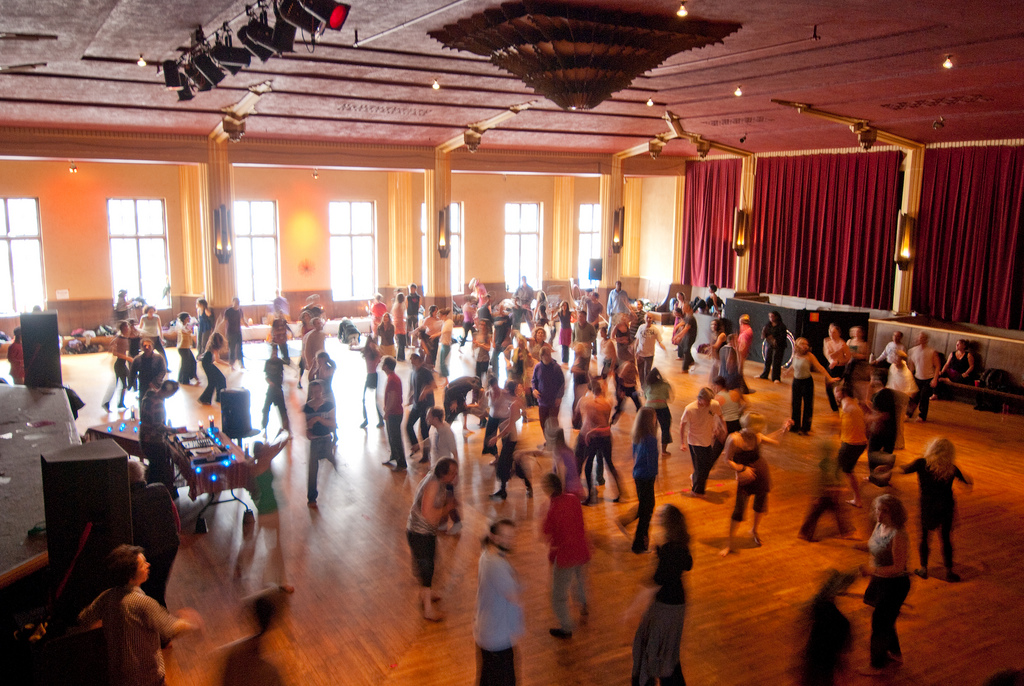 As I walk up from the Oakland subway station on a Sunday morning, rain is falling in a slow drizzle and the downtown street is deserted. Around the corner, I spot the “Tropicana Ballroom” sign on a 1920s building that is my destination. I pay $15 at the entrance and walk up the red-carpeted stairs to a ballroom where art deco wall sconces softly glow onto an 8000-square-foot floor full of dancers warming up. On the far side of the dance floor, beneath floor-to-ceiling windows, an altar has been laid with candles, a vase of gladiolas, a statue of Shiva, and Osho Zen Tarot cards. A young woman sits cross-legged in meditation in front of the altar; the man next to her is kneeling and praying; and two hundred other dancers—ranging in age from infants wearing padded ear coverings to men and women in their 70s—are preparing to “sweat their prayers” on the dance floor. 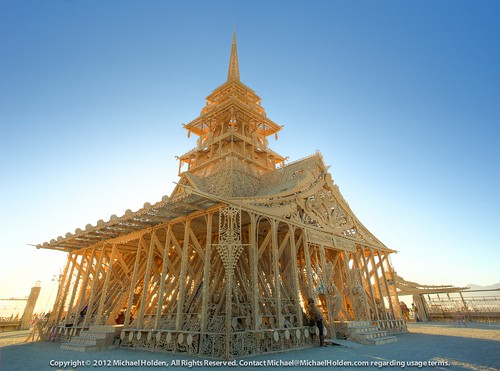 When I was a doctoral student many years ago, Bob Orsi insisted I pay attention to sacred presences in the Pagan rituals I was studying. As a student trained in a field still coming to terms with its theological past, I had not been looking for real presence. Practices and gestures, social relationships and structures: I thought these were the important elements of ritual worthy of my consideration. But Bob has consistently made us aware of what historians of religion and other religious studies scholars have so pointedly ignored. His prayer portal, “Real Presences: Catholic Prayer as Intersubjectivity,” helped me to reconsider the ways in which prayer is transposed from religious traditions like Catholicism into the unexpected places that I study.