Amos Yong is J. Rodman Williams Professor of Theology and dean at the School of Divinity of Regent University in Virginia Beach, Virginia. His graduate education includes degrees in theology, history, and religious studies from Western Evangelical Seminary (now George Fox Seminary) and Portland State University, Portland, Oregon, and Boston University, Boston, Massachusetts, and an undergraduate degree from Bethany University of the Assemblies of God. He has authored or edited two dozen volumes. He and his wife, Alma, have three children – Aizaiah (married to Neddy), on the pastoral team at New Life Church (Renton Washington) and in a masters in theology program at Northwest University (Kirkland, Washington); Alyssa, a senior at Vanguard University (Costa Mesa, California); and Annalisa, a freshman at Point Loma University (San Diego, California). Amos and Alma reside in Chesapeake and are members of New Life Providence Church in the Virginia Beach-Chesapeake area. 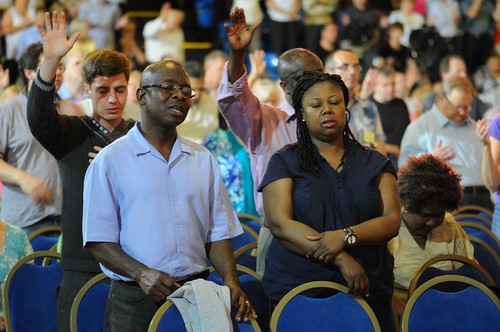