Landscapes of Prayer: Islam, the Environment, and Java 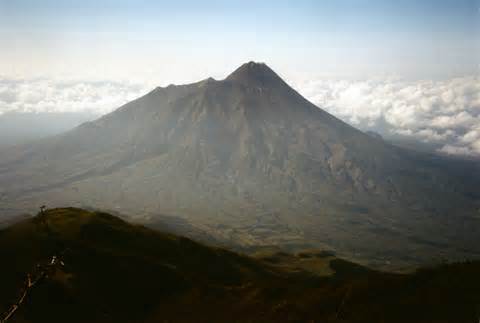 This four-part essay presents new terrain for the dedication of traditional prayers in the world’s most populous Muslim-majority nation, Indonesia. Comprising one of the most biodiverse regions on the planet with its vast forests and oceans, Indonesia also faces some of the most drastic global environmental challenges today. While prayers related to natural phenomena such as drought/rain and earthquakes are outlined in classical manuals of fiqh (jurisprudence), Muslim Indonesians now self-consciously recast older forms of devotional prayer (such as Arabic-language salawat and dhikr, often dedicated to the Prophet Muhammad) so that they are performed for the sake of environmental well-being. The parts of this essay document a spectrum of Muslim prayer practices relating to “the environment” in Indonesia: observances on the slopes of the active volcano, Mt. Merapi, and new environmental practices that are recognizable also as traditional ones, such as “eco-dhikr” and “eco-salawat.” These case studies show the transformation of traditional forms of prayer as a response to environmental change across the island of Java, highlighting sudden changes in prayer practices brought on by natural disaster or the introduction of a new purpose for prayers themselves, “the environment.” In all cases, shifting landscapes of ritual dedication reshape prayer with respect to crisis and conservation.

It’s true, of course, that the modern concept of “the environment” is alien to older understandings of istisqa’. Nevertheless, aspects of it are potentially interesting with respect to the human relationship to the non-human world. Nadia Abu-Zahra argues in a study of istisqa’ rituals in Tunisia (based on fieldwork conducted from the 1960s to the 1980s) that earlier analyses were deficient, in part because they “did not consider the connections people make between the environment (rain, land and agriculture), the socio-moral order and the spiritual order.” Because the prevalent theological assumption has always been that drought is the divine response to human wrongdoing, istisqa’ appears not only as an intervention to elicit a human-friendly response from God (the sending of rain), but also as a means of redressing the wrong that humans have inflicted on other elements of creation.

Read Broadening the Category of Prayer

Anna M. Gade’s portal raises questions about forms of instrumentality and the nature and role of intention in framing various Muslim prayer practices. The five daily prayers called salat have generally been understood as minimally instrumental and considered by many jurists to be opaque to rational analysis; salat is about worship, not petition. Around salat, we might envision concentric circles of prayer types with increasing degrees of instrumentality, along with increasing local variation and, at times, levels of controversy, beginning with istiska, du`a, and qunut, moving through salawat and dhikr, and so forth. As we see in Gade’s work, practices viewed today as further from normative types may be classified as “culture” to protect “religion” from suspicions of heterodoxy.

Indonesia is one of the world’s most biodiverse regions, and it is one of the most severely threatened due to deforestation, sea temperature rise and acidification, and other impacts of resource extraction and environmental degradation. Indonesia is also vulnerable to disasters, like earthquakes; these disasters may also be intensified by human factors, as in the case of severe weather events that are linked to climate change.

Disaster brought both the beginning and the end of prayer to the slopes of Mt. Merapi, Java, when the volcano erupted in 2010. Conditions of chaos and re-established social order following the catastrophic eruption transformed key relations of religious dedication. Below I consider two examples: one documents prayer arising spontaneously in the context of environmental crisis, while the other relates of the end of a kind of prayer, or more specifically a mode of its dedication, also brought on as a result of the disaster.

Read Islam and Prayers for the Environment in Java